Recognition of a Person with Alcohol Dependence: A Community-based Survey

Aims: The aim of the study was to identify the alcohol dependents in selected communities.

Methods: Community-based descriptive survey was conducted. A total of 330 men who are residing in selected communities of Dakshina Kannada, were selected using the purposive sampling technique. The Alcohol Use Disorders Identification Test (AUDIT) tool was used to gather the data. Descriptive and inferential statistics were used to analyze the data.

Conclusion: Nowadays alcohol use is becoming the major public health concern as it affects not only the victim but also the entire family, which destroys the family life. So steps should be initiated to stop alcohol use.

Alcohol is a social beverage and a relaxation facilitator. But when the same alcohol is misused, turns into an evil, which is sufficiently inflammable to burn the individual, family, society, and country as a whole.1

Alcohol addiction is one of the major problems of developing countries like India. Alcohol is the most widely consumed psychoactive substance in India.2 India’s alcohol beverage industry is one of the biggest alcohol industries across the globe. India is demographically one of the youngest users with around 50% of its population below the age of 25 years and around 65% below the age of 35 years consuming alcohol beverages. The majority of alcohol volume is consumed by people between the ages of 18 and 40 years.3 Alcohol consumption in India amounted to 5.4 billion liters in 2016 and was expected to reach about 6.5 billion liters by 2020. The steady increase in consuming alcoholic beverages can be attributed to multiple factors including the rising levels of disposable income and a growing urban population among others.4

Global consumption of alcohol beverages was estimated to be approximately 235.4 billion liters in 2017 and expected to reach 244.62 billion liters by 2021.5 Alcohol dependence is the most severe form of alcohol abuse and it involves inability to manage drinking habits. Individuals are struggling with alcohol addiction experience that they cannot function normally without alcohol every day. The addictive behavior of an individual will have great impact on professional goals, personal matters, relationships, overall health status, and gradually the person will suffer from various physical diseases as well as organ damage.6

A cross-sectional study was conducted to explore the prevalence of alcohol consumption and the associated risk factors among university students. A total of 3,456 students belonging to 24 years age-group (males: 1,301 and females: 2,155) were recruited for the study. Results proved that the prevalence of alcohol consumption in the previous 30 days was 20.3% (males: 36.0% and females: 10.8%). The alcohol consumption was significantly higher among males. So the researcher proposed that the effective campus-based counseling, peer education, and national surveillance systems that can monitor risky drinking behaviors among university students should be implemented.7

With all the abovementioned literature review, researcher felt the need to identify the person with alcohol dependence in the community area. Early identification of addiction behavior will help the individual to overcome various future consequences.

A community-based descriptive survey was conducted to identify the person with alcohol dependence in the Surathkal and Bantwal areas of Dakshina Kannada District. Prior to the data collection, permission was obtained from the District Health Officer and institutional ethics committee.

Subjects comprised of all adult men residing in the Surathkal and Bantwal area. A house-to-house survey was conducted to select 330 men using purposive sampling technique.

The data gathered were tabulated, and statistical analysis was done by using SPSS version 23. The descriptive and inferential statistics were used to analyze the data and depicted in tables and figure (Fig. 1). 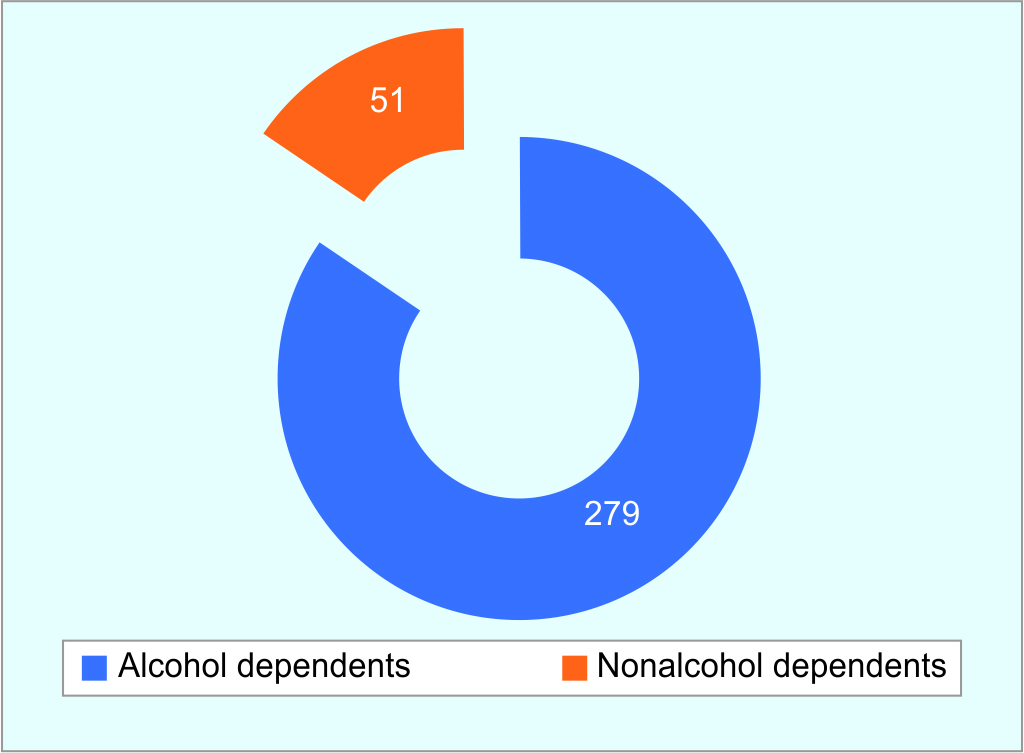 Fig. 1: Doughnut diagram showing the distribution of subjects according to AUDIT score

Section I: Identification of Alcoholics by Using AUDIT Screening Tool

This deals with the description of baseline characteristics of 279 alcohol dependents.

This section deals with the description of AUDIT tool item-wise responses of 279 alcohol dependents.

Data presented in Table 3 show the item-wise response of subjects indicating how often they were taking alcohol.

This section deals with association of AUDIT scores with demographic variables. The following null hypothesis was stated.

H01:There is no significant association between the AUDIT scores and demographic variables.

In this study, we found majority of the subjects (172) (61.6%) belong to the age-group above 36 years and majority of them were having primary education (137) (49.1%). Similarly in another cross-sectional study, community-based survey was conducted to identify the prevalence of alcohol consumption, pattern of drinking, and its effect on people’s health and social consequences. Using cluster sampling method study, participants selected from 850 households were 2,551, of which 1,352 were male and 1,199 were female. Results revealed that the overall prevalence of alcohol use among ≥18 years of age was 9.7% and exclusively among males was 17.1%. The highest prevalence (17.1%) was among 46–55 years age-groups.2

Another cross-sectional study was conducted in rural and urban field practice areas to assess the impact of prolonged alcohol use on different systems of the body leading to various health problems. Results proved that majority of the regular alcohol users were suffering from different liver diseases like fatty infiltration (60) (56.08%), alcoholic hepatitis (25) (23.36%), and alcoholic cirrhosis (10) (9.35%). In cardiovascular system assessment, 23 subjects (21.50%) were suffering from severe hypertension.9

The present study proved that there is a significant association between the AUDIT scores with family support (p 0.007). Similarly, a community-based cross-sectional study was conducted among the adult population to estimate the pattern of alcohol consumption and to determine its correlation. A total of 99 (n = 99) adult (≥18 years) men and women were selected as study subjects using Lot Quality Assurance Sampling (LQAS) technique. Results showed that the prevalence of low-risk drinking or abstinence (Zone I) was 65.5% (95% CI 55.5–75.5%), the prevalence of alcohol use in excess of low-risk (Zone II) was 17.6% (95% CI 7.6–27.6%), the prevalence of harmful and hazardous drinking (Zone III) was 8.5% (95% CI 0–18.5%), and the prevalence of alcohol dependence (Zone IV) was 8.4% (0–18.4%). Association between risk level of hazardous and harmful use of alcohol with various sociodemographic factors shows that there is a statistically significant association (χ2 = 32.675, p).10

Alcoholism is one of the emerging and major public health problems of the developing country like India. Study findings revealed that being a healthcare provider it is our responsibility to take various measures in order to educate the public regarding the consequences of chronic alcoholism through sensitization programs and collaborative health education campaigns.

1. Dhandargi UN. A study to assess the effectiveness of street play on alcoholism among young adults in selected area. Indian J Psychiatry 2007;11–12.