Efficacy and Tolerability of Vortioxetine in Patients with Major Depressive Disorder: A Clinical Perspective from 33 Indian Cases

How to cite this article: Vora M. Efficacy and Tolerability of Vortioxetine in Patients with Major Depressive Disorder: A Clinical Perspective from 33 Indian Cases. Ind J Priv Psychiatry 2020;14(2):57–61.

Materials and methods: This prescription data review was carried out at Westcoast Institute of Neuroscience, India. Data were extracted from prescription of all the patients suffering from depression and other psychiatric disorders who were treated with vortioxetine (Brintellix) from February 1, 2019, to May 31, 2020.

Results: Thirty-three prescription records were reviewed during the study. Vortioxetine improved depressive and psychological symptoms with minimum adverse effects. Vortioxetine showed good tolerability in majority of patients who were still receiving vortioxetine monotherapy by the end of the therapy. Mental Status Examination (MSE) revealed that the patients treated with vortioxetine demonstrated better orientation, reactiveness, and attentiveness.

Conclusion: This retrospective prescription review analysis demonstrated the effectiveness, and tolerability of vortioxetine in Indian MDD patients with depressive and anxiety symptoms.

Major depressive disorder (MDD) is a chronic depressive condition characterized by high rates of functional impairment, psychiatric comorbidity, and significant social distress. The overall prevalence of MDD in India is 5.25%, highest in the 40–59 age groups (OR: 1.93), females (OR: 1.23) and urban cities with >1 million population (OR: 3.06).1 Apart from a negative influence on the patients’ quality of life,2 MDD can substantially increase the socioeconomic burden of any region3,4 due to productivity losses in the workplaces derived by depressed individuals of working age.5–7 A previous study thus found that approximately half of the indirect costs of managing depression (constituting approximately 80% of total costs) were associated with the loss of productivity and unemployment.8

Identifying medications with efficacy across patient with MDD continues to be of clinical interest, and several studies have evaluated the effects of patient demographics, MDD history, and symptom severity on treatment outcomes. Several characteristics of a depressive patient such as older age, male gender, severity of the depression at the baseline, personal/family history of depressive episodes, and longer duration of depression can affect the efficacy of an antidepressant.9 It is estimated that during a 1-year period, only 6% of patients with MDD will achieve remission with treatment.10 Family life and social functioning along with workplace productivity are adversely impacted by the low rate of remission.11

Vortioxetine, a selective serotonin reuptake inhibitor (SSRI), produces a pleiotropic effect on level of neurotransmitters such as acetylcholine, histamine, dopamine, norepinephrine, and serotonin.12 Several meta-analyses support the efficacy and tolerability of vortioxetine at reducing severity of MDD.13–15 In 2018, United States Food and Drug Administration (USFDA) allowed the manufacturers to mention the pro-cognitive efficacy of vortioxetine on its product insert.

Although several previous studies have reported the positive efficacy of vortioxetine for treating patients with depression, limited data are available concerning the efficacy and safety of vortioxetine in Indian depressive patients. The purpose of this retrospective prescription review analysis is to assess the efficacy, and tolerability of vortioxetine in patients with MDD and high ratings of anxiety (anxious depression). We hope that this review will provide clinicians additional information to help guide them toward optimal treatment modalities for MDD maintenance therapy.

This is a retrospective data review which was carried out at Westcoast Institute of Neuroscience, India. Data were extracted from the prescription of all the patients with depression and other psychiatric disorders who were treated with vortioxetine (Brintellix) from February 1, 2019, to May 31, 2020. Being a retrospective prescription review and deidentified data analysis, institutional ethics committee approval was not needed.

The prescriptions were reviewed for patient’s demographics; primary diagnosis; psychological symptoms; dosing; and combination pattern of vortioxetine, adverse drug reaction, and Mental Status Examination (MSE) components. Apart from these, the Montgomery-Åsberg Depression Rating Scale (MADRS) and Hamilton Depression Rating Scale (HDRS) were used to evaluate the effect of vortioxetine on depressive symptoms, and anxiety severity. The Massachusetts General Hospital-Cognitive and Physical Functioning Questionnaire (MGH-CPFQ), a self-rated measure of cognitive and physical functioning, was administered to assess the severity of depression with convulsion. The Body Dysmorphic Disorder-Yale-Brown Obsessive-Compulsive Scale (BDD-YBOCS), an observer-rated scale, was used to assess the severity of body dysmorphic disorder.

Thirty-three prescription records were reviewed during the study. There were a greater proportion of female patients (60.6%). Majority of the patients belonged to the age group of 30 to 49 years (42.4%) followed by 15 to 29 years (30.3%) and 50 to 69 years (27.3%). The baseline MADRS and HDRS total scores were approximately 27 and 22, respectively. Table 1 displays the baseline clinical and demographic characteristics of patients in detail.

Vortioxetine Dosage and Duration of Administration 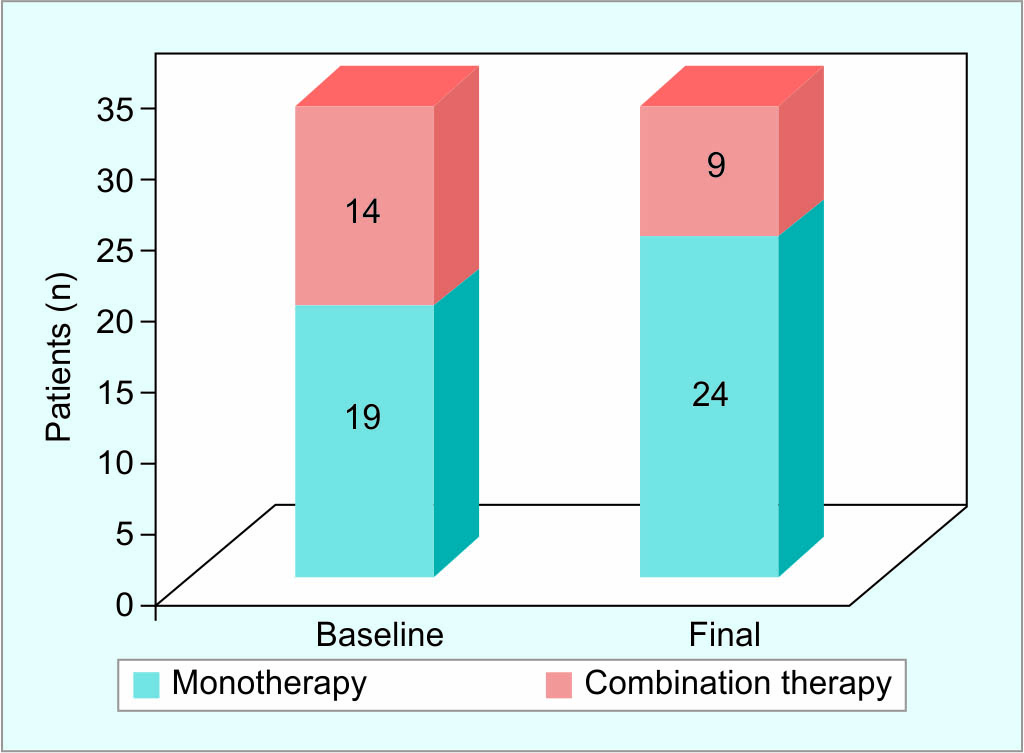 Fig. 1: Changes in therapeutic regimen of vortioxetine from baseline to the end of the therapy 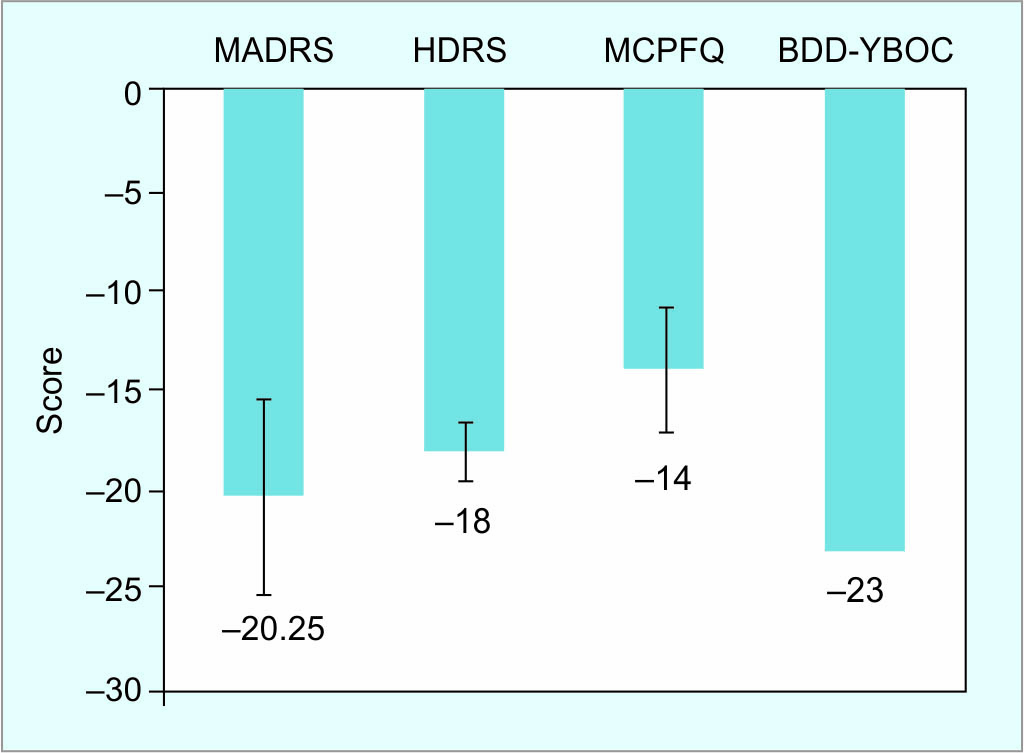 Fig. 2: Changes of outcome measures from baseline in the study. Data represent the mean ± SD from baseline at each psychometric scale

An improvement in depressive symptoms such a low mood, sleep disturbance, dizziness, lack of interest, loss of appetite, lassitude, rumination, volition, biofunctional disturbance, sharpness, cognition, and interpersonal disabilities was observed from baseline to the end of the treatment (Table 2). 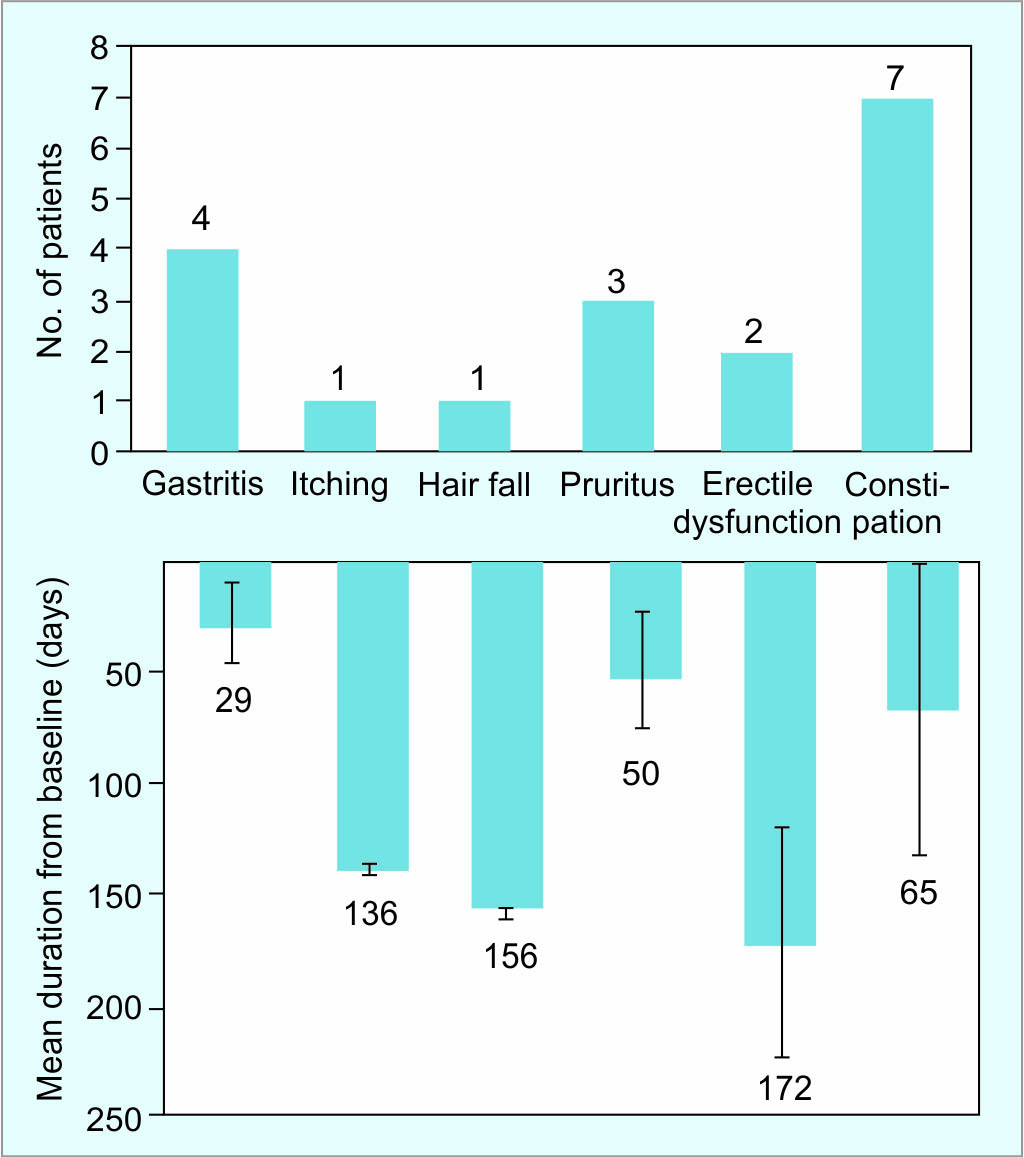 Fig. 3: Adverse effects of vortioxetine therapy and duration of their occurrence in MDD patients

The MSE of patients treated with vortioxetine is presented in Table 3. Nonreactiveness in 48.5% and disorientation in 33.33% were reduced after vortioxetine treatment. Other MSE components such as anhedonia, insight, judgment intact, abstract thinking, and pessimism were also reduced from baseline to the end of the treatment (Table 3).

Vortioxetine has been studied for the treatment of depression both as monotherapy and as part of combination therapy to increase the response and remission rate.16,17 These studies have established vortioxetine as a valid option for the treatment of depression. However, in Indian scenario, limited outcome research and accessibility to data leads to less thorough knowledge of nature of research problem, and specific studies in Indian patients with depression are required.

The findings of the present prescription review demonstrate that all 33 patients with MDD and anxiety symptoms who received vortioxetine as monotherapy or combination therapy showed improvement in the depression total score (MADRS, HDRS) as well as all other secondary efficacy measures (MCPFQ, BDD-YBOCS, and MSE), with minimum adverse effects. At the end of the treatment, cognitive function was improved in 85.7% of patients with only two still complaining about nonorientation. The overall findings support the potential for the rapid efficacy and acceptable tolerability of vortioxetine in treating depression and anxiety in this population.

Since comorbid anxiety disorders are observed in a substantial proportion of MDD patients (with ranges of ~30–50% reported depending upon the population sampled), the efficacy of vortioxetine on the physical symptoms of depression in MDD patients with marked coexisting anxiety symptoms is encouraging.18 Vortioxetine was reported to be efficacious in reducing both depression and anxiety in MDD patients with high levels of anxiety by a meta-analysis of randomized clinical trials.13 In this retrospective prescription review, the severity of depressive and anxiety symptoms for vortioxetine-treated patients, as measured by MADRS, MCPFQ, HDRS, BDD-YBOCS, and MSE scores, improved significantly at the end of the treatment. Together with the results reported here on the physical symptoms of depression, vortioxetine also seems to be a rational treatment option in patients with MDD and high anxiety, who often do not respond satisfactorily to alternative antidepressant therapy.

Apart from treating MDD, an effective antidepressant therapy also reduces the risk of relapse or recurrence of the depression. However, long-term efficacy of an antidepressant depends on the patient’s compliance. It was estimated that only 10% MDD patients were adequately adherent to the dosage of prescribed antidepressants and duration of treatment.19 In this review, all the 33 patients were prescribed either with 5 or 10 mg of vortioxetine initially as monotherapy (57.6%) or combination therapy (42.4%), but by the end of the study, 7 (21.2%) patients were on 20 mg dose of vortioxetine and more than 72% patients were receiving vortioxetine monotherapy. The recommended starting daily dose is 10 mg for adults and 5 mg for elderly adults (i.e., those over 65 years of age).20 Peak plasma concentrations of 9 to 33 ng/mL reach in 7 to 11 hours following multiple administrations of 5 to 10 mg/day of vortioxetine.

The most common adverse effects observed in this retrospective prescription review were constipation and gastritis. This was in accordance with previous meta-analysis in which the most common adverse effects reported were gastrointestinal in nature (e.g., nausea, constipation, and vomiting). In 32% of patients on vortioxetine (20 mg daily), nausea appeared frequently and dose dependently.21 They also reported the lower rate of spontaneously self-reported sexual dysfunction in patients receiving vortioxetine. SSRIs are one of the most used first-line antidepressant agents as they are considered to have more favorable adverse effect profiles compared to other antidepressants.20 Still, they exhibit substantially increased risk for certain highly undesirable adverse effects, such as sexual dysfunction, which may contribute to medication nonadherence. In this retrospective prescription review, only two patients complained of sexual dysfunction at the end of treatment. In 2014, a study has indicated a potential for vortioxetine to reverse sexual dysfunction caused by SSRI therapy while maintaining clinical efficacy.22

The beneficial effect of vortioxetine treatment on low mood, lack of interest, lassitude, subjective sleep quality, and daytime somnolence was also documented in this retrospective review. Previous study has reported an improvement in sleep continuity and efficiency after vortioxetine therapy without any influence on diurnal alertness and daytime functioning.23 The significant improvement in sleep by vortioxetine was associated with the amelioration of depressive symptoms in MDD patients.24

In conclusion, our results have clearly shown the effectiveness, and tolerability of vortioxetine for MDD patients with depressive and anxiety symptoms in Indian scenario. The present prescription review warrants subsequent, adequately powered, randomized controlled trials for generalizability in Indian population.

21. Citrome L. Vortioxetine for major depressive disorder: a systematic review of the efficacy and safety profile for this newly approved antidepressant - what is the number needed to treat, number needed to harm and likelihood to be helped or harmed? Int J Clin Pract 2014;68(1):60–82. DOI: 10.1111/ijcp.12350.